And I think to myself: This is what it’s all about 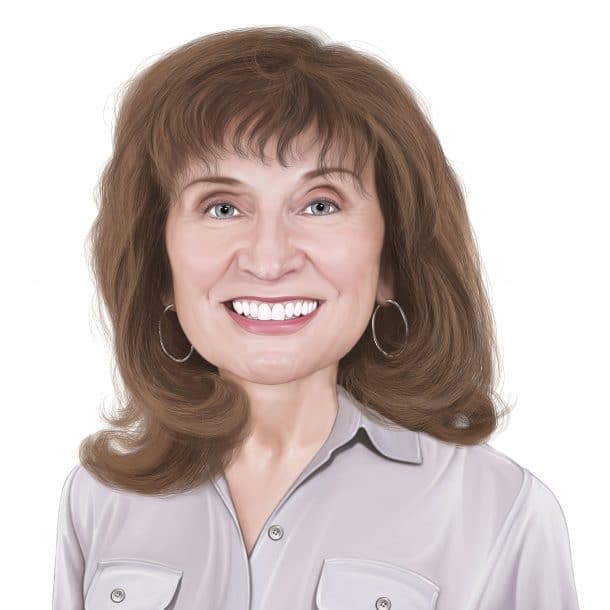 I remember it was a Monday afternoon at work. I was cranky and tired. The phones were ringing off the hook, as they usually do at the office on Mondays.

I saw my assistant’s silhouette behind the frosted glass door of my office and almost rolled my eyes. I had so much to do and was annoyed at the thought of another interruption and god forbid, another urgent task that needed to be done “yesterday”. I plastered a fake smile on my face as she knocked and opened the door.

“Yes Shelly?” I asked, wondering if I sounded as sarcastic as I felt annoyed.

“Hi Mary Ann, there’s an ER doctor from St. Michael’s hospital on line three for you.” Shelly told me this as though she were relaying my food order to the chef, and then abruptly closed the door.”

Shelly was new to the office, and definitely new to me. She did not know of my family situation; that I have a 5-year-old daughter in kindergarten and a 78-year-old mother with Alzheimer’s living at home with me. I was not upset at her for being so objective and aloof. Perhaps she (accurately) read the expression on my face and wanted to get quickly out of there. In any case, I was too overwhelmed with worry to feel any emotion of any kind towards her.

Within 20 minutes, I was at the ER beside my mother.

It turns out that my mother had been found wandering the neighbourhood with cuts and bruises all over her arms and legs. My neighbours know us well, and recognized my mom immediately. They also know she has Alzheimer’s and know that wandering is common in those with the disease. What they couldn’t figure out was why she had cuts and bruises all over her body. They took her to the hospital to check for any serious injuries then called me. When I arrived, I couldn’t explain the cuts and bruises, but it seemed like she had taken a fall somewhere. She was checked, cleaned up and then I took her home.

When I got home, I changed her clothes and put her in bed. Then I went upstairs to the washroom, where I suspect the fall happened. Sure enough, the rug was all crumpled in the corner, the shampoo and conditioners scattered and spilt all over the tile floor, and the broken towel bar in the shower dangled on the shower wall. I felt my anger swelter because I told her time and time again not to take a shower without assistance.

My fury caused me to storm towards her room. I wanted to demand to know why she would even think it was a good idea to take a shower on her own. While I was at it, maybe I’ll also demand to know the answers to the questions that have crept up in my mind ever so often: why is this disease is happening to my mother, why is this situation was happening to me. I felt hot tears of anger stream down my face as I strode angrily to her room.

But of course I knew better. How could you get angry with an old woman with Alzheimer’s? I don’t even know if she understood the instructions, never mind counting on her to remember it. Nonetheless I felt so angry, I wanted to lash out.

When I got to her bedroom door and looked in, I saw my frail mother in fetal position sleeping soundly under the covers. My anger dissipated. I stood by the door for some time, just staring at her. Then I moved to the round cushion chair tucked in the corner of her room and sat crossed-armed and cross-legged, again, staring at her. For a moment, I felt nothing and thought nothing. The anger simply subsided and left me.

The more I looked at her, the more I felt connected to her. This was my mother. I can’t give up on her. We’ve been through and shared so much, as mother and daughter and as girlfriends. Through all of life’s stages, she’s been my best friend, greatest confidant, and strongest supporter. She doesn’t bake delicious treats anymore – the kind that fills the house of fluffy pastry smells, or cheer emphatically (almost embarrassingly) on the benches at my soccer games, or console me every time I went through a break up with a boy. But these are the things she used to do and she is still that woman.

I hadn’t realized how much time had passed but before I knew it, my daughter shows up at the door. She had just come home from school. I quickly held my finger to my lips, gesturing for her to be quiet. Then I took off her backpack and she crawled into the chair and onto my lap. There we sat, as I stroke her hair, beside grandma, who is sleeping soundly in the bed next to us. And I think to myself, this is what life is all about.

Are you looking for qualified and compassionate Caregivers? Download the Vidal Home Care mobile app or call 1-888-97 VIDAL.